Today I realized I’ve been hiding a lot of cake in my purse. Sorry about that. Cake is way too important to hide in my purse. You’ve met my first-ever apple crumble tart that was as “good as a goose” and you’ve seen the cinnamon meringue with poached plums that saved the day. But I’ve since expanded into sponge territory, and that’s as good as gold in these parts.

“Now THAT is what we call a damn good cake”

Sometimes Rachel refers to our school as “Buttermaloe” — this would definitely be one of those times. A classic sponge, as the British/Irish refer to what we know as just cake, is made with equal parts of butter, sugar and flour — and then you weigh your eggs to match. (Reminder that all ingredients here in Europe are weighed, not thrown haphazardly into cup measures like we do in America. Because that would just be crass.) This sponge therefore becomes a “mother recipe” to many, many other types of cake, with the Victoria sponge likely the most popular. Named after Queen Victoria, her lady-in-waiting was apparently credited with inventing afternoon tea — the Queen often got peckish around four o’clock in the afternoon (perhaps she should have stashed some cake in her purse) — and this cake was one of the Queen’s favorites. It’s as seemingly simple as sandwiching jam (preferably raspberry) and freshly whipped cream in between two layers of said sponge. Although, when you whip and beat everything by hand and make the jam from raspberries from the farm, it’s not actually that simple. I had never made a Victoria sponge before. Never. I know. It’s crazy. But it’s true. This was my first. And after the first bite, my teacher declared, “Now THAT is what we call a damn good cake.” Success. 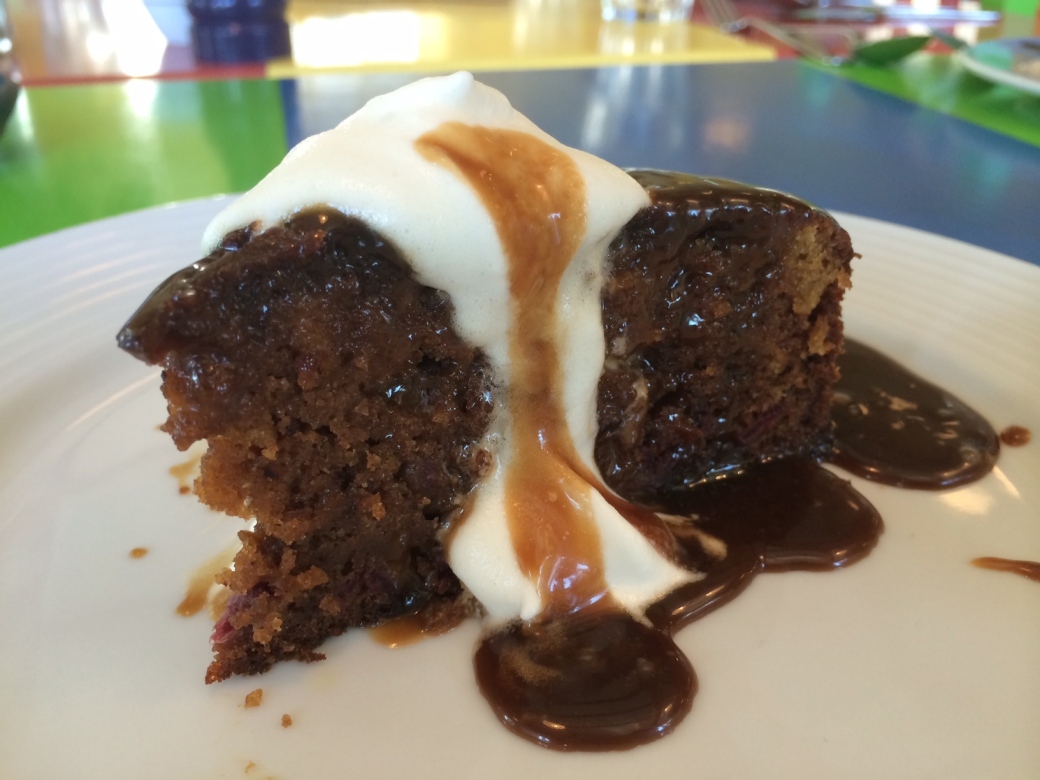 this sticky toffee pudding might have changed my life

Possibly even more cliche than the Victoria sponge, the sticky toffee pudding might actually be the national cake of the UK. (Hopefully those reading this are aware that Ireland used to be part of the UK, and some of it still is, and it’s all madness really, but if you don’t know at least that then I really can’t help you.) And because of its prowess, I pretty much decided right from the start that I wouldn’t like it. It’s sticky. It’s mucky brown. It’s not really a pudding. So, it’s just weird. Just ask Hannah, who is a huge fan of anything sticky or caramel or weird, how much I didn’t want to try any. I bet she would have tried to shove some in my purse if the situation arose. So, for pretty much the entire time I lived in London, I never ate it. If I did happen to have a piece, I have blocked it out of my memory. But as fate would have it, I was assigned to make sticky toffee pudding here. If I’m honest, there are lots of good things in sticky toffee pudding — dates, espresso, hot toffee sauce — none of which can be argued with really. So in theory, as a former colleague from Martha Stewart always used to say, it should be a good thing. I just never believed it would be. Then I set my wooden spoon to my heavy-bottomed saucepan and got on with it. That’s when I fell in love with hot toffee sauce. Essentially, you melt butter and sugar over a low heat, simmer for about five minutes, remove it from the heat to stir in a cup of cream and a dash of vanilla, and then simmer for a few more minutes and voila. Hot toffee sauce. It had me at hello. 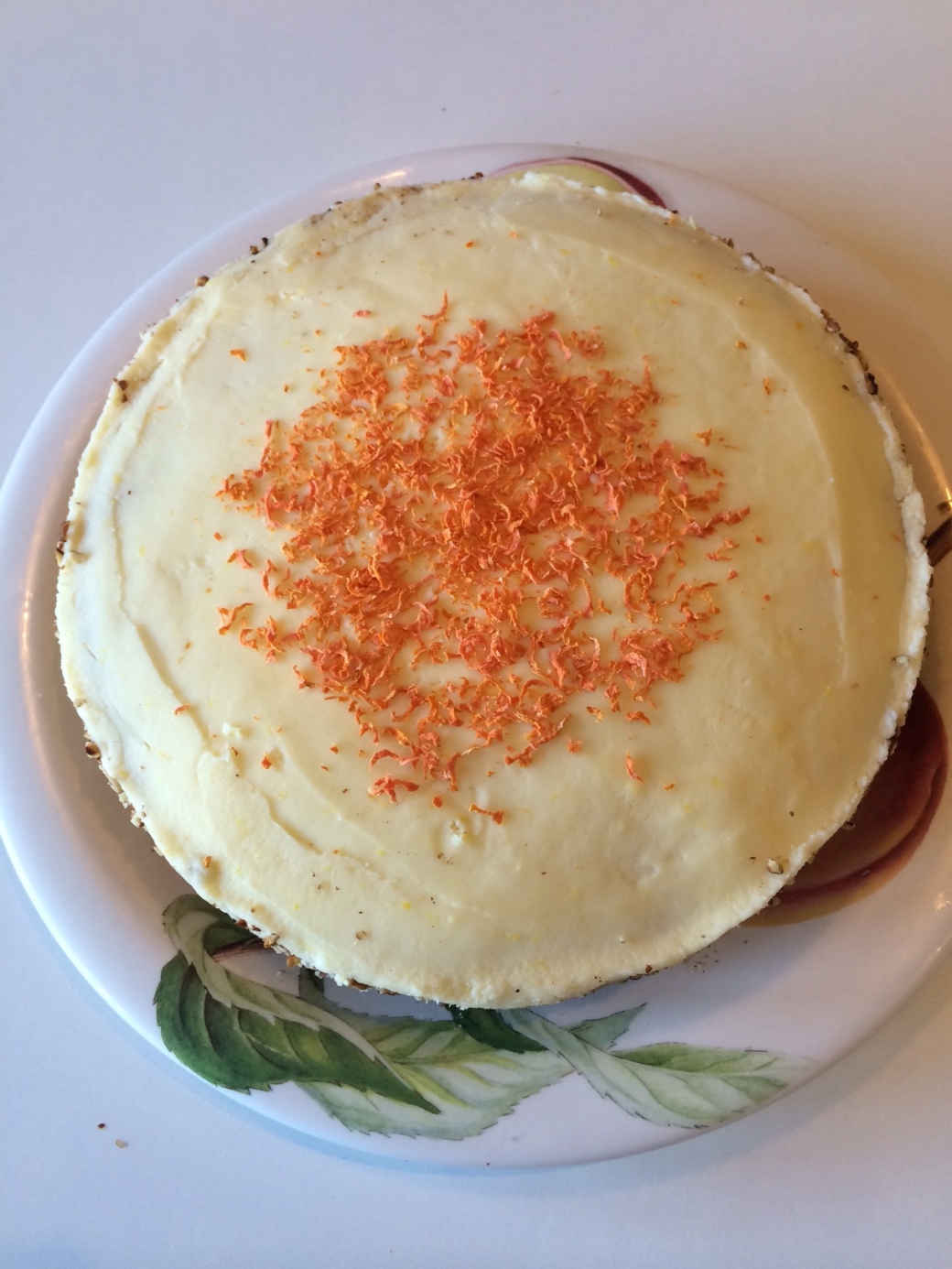 finally, an American cake, fit for a birthday

When I bake birthday cakes for friends and family, as I’m known to do on occasion, carrot cake is one of the most requested. (Yes, I take requests, because life is just so much better that way.) Even my niece Jamie requested it for her birthday this year (and her mum helped me lick the cream-cheese icing bowl). My go-to had been Paula Deen’s recipe up until this point (controversial as she may be, the lady makes a damn good cake), but from now on it will be Mary Jo McMillin’s. Mary Jo runs a catering business in Chicago, she’s wise and kind and you just want to hug her. In fact, I did. Her carrot cake takes two days to make, but dare I say it’s worth it. (And, for the record, you could probably make it in one day if you were organized about it.) Mary Jo was a guest chef for one of our special Saturday lectures (yes, we sometimes go to school on Saturdays, after we eat pizza of course), and since I was assigned to bake carrot cake the following Monday I like to feel the universe played a part in this one. Her carrot cake is layered around a caramel pecan filling and topped with a lemon buttercream icing, breaking the mold of the cream-cheese topped classic. But trust me, you won’t miss it. In fact, I prefer this version — the lemon does something magical to the carrots, and combined with the caramel filling the whole lot is a marriage made in cake heaven. This cake caused quite a stir in my kitchen, with Mary Jo, Darina and Rachel all popping in on occasion to check on it. At one point I swear that Rachel jumped up and down like a school girl, exclaiming how excited she was to taste my cake. That, in and of itself, made the whole thing worthwhile. Any cake that can make the queen of UK baking jump up and down like a school girl is a star in my book. After two days of laboring over this magical cake, staying late after class and coming in early the next morning before class, it was ready. I covered the outside in toasted crushed pecans and the top with sprinkles of dehydrated carrots. I stashed it in the larder, signaled to Rachel that it was finished, and we both jumped like school girls over to see it. I actually never tasted my masterpiece. As the universe worked its magic once again, that day just happened to be the birthday of someone who had worked at the school for more than 25 years. She had lost a close relative on a previous birthday, and had also never had a carrot cake. So, it become her birthday cake. And I honestly can’t think of a better ending to such a labor of love. Happy Birthday, Doreen.